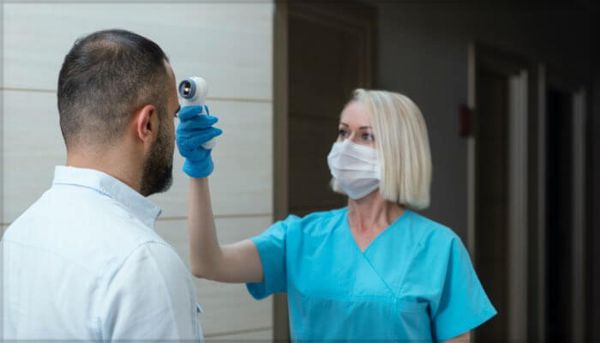 The average patient with autoimmune disease sees at least six doctors before getting a correct diagnosis.[1] Chronic diseases can be challenging to put a label on.

Blood is the easiest thing to measure because we can get at it easily. But blood often gives us only clues. And it is useless when looking for something like chronic heavy metal toxicity. Electrodermal screening can give us another window into what is going on, and it can show us how to personalize treatment.

What is Electrodermal Screening?

Meridians are a network of energy channels the body uses for communication and for moving energy from Pont A to Point B. Chinese medicine teaches that there are 12 major meridians, each corresponding to the major organs and glands of the body.  Embedded within these meridians are hundreds of acupuncture points which correspond to either a specific gland, or to the various functional regions found within an organ.

It might be helpful to think of the organs and tissues and veins as the body’s hardware. In this analogy, the software is the body’s energy system – the many millions of tiny electrical charges always at work, facilitating communication amongst trillions of cells.

We can thank Dr. Reinhold Voll (1909-1989) of Germany for developing a non-invasive assessment tool he called electroacupuncture which communicates with the body’s energy system.

Today we might call its more sophisticated offspring a quantum lie detector.

The body has a large volume of electrically conductive fluids within it. Dr. Voll found that certain body locations are much more conductive than other locations.  In other words, these locations have much higher electrical flows and these points of high flow correspond to the classic acupuncture points and meridians.

Voll developed instruments that enabled the acupuncture points to reveal their relative conductance. He discovered that very high conductance correlates with inflammation of the associated organ; the organ is holding onto more liquid than is normal. Very low conductance correlates with organ degeneration. Typically, we see this after a long period of chronic inflammation when the organ starts to dehydrate, even harden (think cirrhosis of the liver); it is unable to conduct electricity as it once did.

Voll also discovered that placing a vial of the correct homeopathic on the patient could normalize – bring balance – to a high or low conductance.

Electrodermal screening (EDS) gives us a way to pinpoint what is driving the symptoms we see. For example, is the problem in the colon or is it really in the liver?

We had a Crohn’s patient who was burping and experiencing gas every time he ate. If someone is diagnosed with Crohn’s or Irritable Bowel Disease, you expect a problem in the colon. Turns out, he had nothing wrong really with his colon; the problem primarily was in his liver. All blood flow in the digestive system goes through the liver first. That hardworking organ is trying to catch all that it should, but sometimes it gets overwhelmed. This man’s liver was overloaded. Crohn’s disease is really inflammation from stem to stern. The EDS essentially pointed out that the problem was upstream from the colon in this man’s case.

Let’s say we suspect you have an allergy to cat hair and dander and we want to use EDS to look into that. You will hold a probe in your left hand, and another in your right hand. Then we’ll put some of your cat’s fur in your energy field.  A tiny current, too weak for you to feel it, will pass through the probes and through your body. The EDS machine will immediately register the reaction of your body’s electrical system. Then we could test different substances, typically homeopathic remedies and supplements, and see which one best brings balance to the energy disturbance.

EDS helps us make an enlightened choice from the many options to treat whatever condition confronts us. It gives us the ability to distinguish between Product A which is an enzyme and Product B which is an antioxidant – it tells us which one should work better for you. Or would any enzyme be expected to work for your condition?

Electrodermal screening gives us immediate, valuable assessment information that is not available in any other fashion.

In Arizona, EDS is considered an investigational device.

“In every culture and in every medical tradition before ours, healing was accomplished by moving energy.”

ALTERNATIVE CANCER TREATMENTS LOCATED IN THE HEART OF

Our office is located in Scottsdale, Arizona but we treat patients from all over the world. We will work with you to arrange housing, meals, translators, special blood tests, and other needs you may have while you stay in the area.