Dayspring Cancer Clinic works with you to achieve successful resolution of your cancer now, and we work to strengthen your body for the long term. 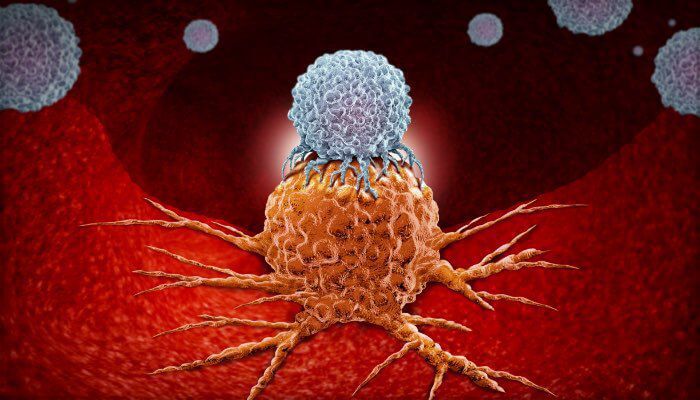 How Effective is Immunotherapy?

“Immunotherapy is the most exciting development in cancer treatment in years, beginning to take off at a time when much cancer drug research seems to be hitting a brick wall. More and more of the orthodox chemotherapy drugs have very small effects, buying people with the advanced disease a few months or even just weeks of life.” [1]

That was a typical 2015 newspaper headline heralding the new class of drugs coming into oncology use. It was the first time that the mainstream approach to cancer officially recognized what has been known for decades:  cancer is a failure of the immune system to identify and kill errant cells. Immunotherapy drugs are a pharmaceutical attempt to harness the power of the body’s immune system to attack cancer.

Former President Jimmy Carter also made headlines in 2015. He had a stage IV melanoma (skin cancer) that had metastasized (spread) to his liver and brain; that is usually a death sentence at any age. He was treated with an immunotherapy drug called pembrolizumab (brand name Keytruda®), approved in 2014 to treat late-stage melanoma that cannot be removed by surgery. Pembrolizumab blocks a protein, PD-1, which cancer cells use to “cloak ” themselves from the immune system. As the drug “uncloaks” the cells, the immune system can “see” them and kill them.

It worked for Carter, but it doesn’t work for everyone. In fact, a study sponsored by Merck Sharp & Dohme found that only about one-third of advanced melanoma patients treated with pembrolizumab responded to the drug.[2]

The side effects and the costs of these immunotherapy drugs are considerable.

Leonard Saltz, MD, from Memorial Sloan Kettering Cancer Center, broke down the cost of some of these new drugs at a 2015 meeting of ASCO (American Society of Clinical Oncologists).

Yervoy and Opdivo are often used in combination. The cost of the combination was $295,566 for an extra 11.5 months of life. Patients on Medicare, and those whose insurance requires a 20% co‐pay, would have to pay $60,000 out of their own pocket for one year of this treatment.

Dr. Statz pointed out that in the United States, there are 589,430 cancer deaths each year, and cancer deaths are often due to metastatic disease. He calculated that if all those patients were to receive the immunotherapy combination (589,430 x $295,566), that would work out to more $174 billion per year, just for drugs to treat metastatic cancers for the first year only.

“This is unsustainable,” he stated, and added the dictionary definition of the word unsustainable: “not able to be maintained or supported in the future, especially without causing damage or depletion of resource.”

Yervoy and Opidivo are both made by Bristol-Myers Squibb. The company published a study of the use of the two drugs. Treatment-related “adverse events” were much more common in patients treated with the combination. [4]

In 2018, Drs. Nathan Gay and Vinay Prasad summed up the state of immunotherapy:

People with cancer face many challenges, including the symptoms of the disease, the toxicity of the treatment, financial costs, and social expectations. Here’s a new threat: navigating their care in an ocean of hype.

Cancer drugs are all too often hailed as miracles, breakthroughs, game-changers, or even cures, even when they are no such thing.

When immunotherapy works, the result is terrific, even life-changing. Today, though, only a tiny minority of patients expected to die from cancer will benefit from immunotherapy. As is often the case, hype sadly exceeds evidence, creating misunderstandings between patients and their doctors.[5]

Cancer cells want to live so they develop ways of getting the immune system to ignore them. In medical parlance, we call this “immunological tolerance.” Therefore, to treat cancer, we have to break that tolerance.

The Dark Side of Immunotherapy

In alternative medical approaches to cancer, the breaking of tolerance is a process mediated by nutritional and emotional therapies. Drug interventions, however, can be fast acting and the immune system may not have time to figure out what it should be tolerant of and not tolerant of – hence the damaging side effects. There is still much to learn yet about the workings of the immune system. So to use immunotherapy drugs is to trade a slower, safer process for an accelerated process. Not to mention the differences in costs and longevity.

Let’s take a second look at that phase, “a process mediated by nutritional and emotional therapies.”

A fundamental component of alternative medical approach to cancer is a great respect for the immune system specifically, and the overall longevity of the patient in general. Chemotherapy and radiation are a blunt instrument. They do nothing to kill cancer stem cells, or to restore the integrity of the immune system. People may be told they are “cancer free” and then go home to the same environment in which the cancer originally flourished.

Conventional medicine typically does not attempt to strengthen the immune system, or educate patients about how to avoid a cancer recurrence. It is more common to see a candy dish on the counter of a conventional oncology facility than to see classes that teach patients how to make better food choices, or how to avoid environmental carcinogens, or how to shed emotional baggage. If the cancer comes back – metastasizes – it is much harder to treat successfully.

As the National Cancer Institute says, “Once cancer spreads, it can be hard to control. Although some types of metastatic cancer can be cured with current treatments, most cannot … as long as conditions are favorable for the cancer cells at every step, some of them are able to form new tumors in other parts of the body. [6]

How Dayspring Cancer Clinic Can Help You

Dayspring Cancer Clinic work with you to achieve successful resolution of your cancer now, and we work to strengthen your body for the long term. We use vitamin C, 3BP, cannabis, oxygenation, and other therapies to target cancer stem cells without damaging the immune system. We give you tools to keep the cancer from returning such as detox treatments, and EVOX and the Life Vessel to address emotions and stress. We offer nutritional support with IVs and supplements.

We also offer Neo 7 Peptide Therapy, an immunocentric innovation that uses PBIMA (Precision-Based Immuno-Molecular Augmentation) and PES (Personalized Edited Sequence) approach in designing personalized peptide vaccines for treating various types of cancers. The therapy activates the immune system in a highly precise manner, and focuses it on targeting specific antigens that are identified as the cause of the disease.

The Neo7Logix directed peptides are short chain peptides, as neoantigens, and given low dose.  This means they pose lesser risks to the patient and may even provide much better results.

Here at Daypring, we also recognize that the immune system of today is much more challenged than it was in, say, the 1940s. We have vastly more toxins in our environment – pesticides, chemicals, plastics, houses full of mold and allergens – you name it. Also, we have an epidemic of obesity and diabetes, both of which increase the risk for cancer. At Dayspring, we think a critical part of cancer care is nurturing the immune system, that collection of biological processes within us that protects against disease by identifying and killing pathogens and tumor cells.

We are committed to giving you the best possible outcome – today and for the future ahead of you.

ALTERNATIVE CANCER TREATMENTS LOCATED IN THE HEART OF

Our office is located in Scottsdale, Arizona but we treat patients from all over the world. We will work with you to arrange housing, meals, translators, special blood tests, and other needs you may have while you stay in the area.